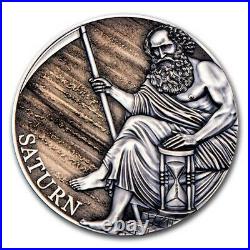 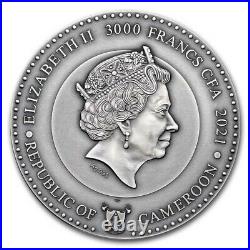 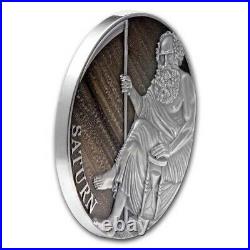 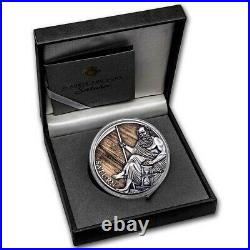 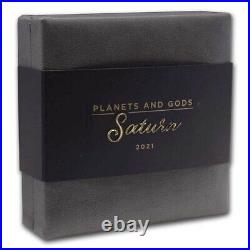 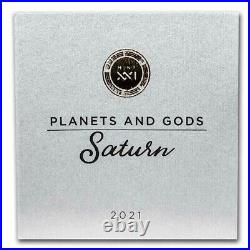 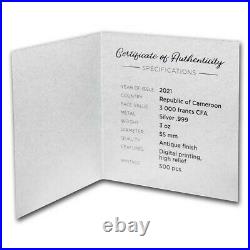 1 oz Gold Bars. Proof & Mint Sets. 2021 Cameroon 3 oz Antique Silver Planets and Gods; Saturn – SKU#230353. Photos in this listing may or may not be stock photos. The photos are meant to be an indication of the product you will receive. Mintage of only 500 coins. Contains 3 oz of. Comes in a box with a certificate of authenticity. Obverse: Features the effigy of Her Majesty Queen Elizabeth and the inscriptions for the face value, year of issue and issuing country. Reverse: Features the God Saturn holding a scythe in one hand and resting his other hand on the hourglass. The coin’s background is tinted in brownish-yellow to match the planet’s color. Sovereign coin backed by the Republic of Cameroon government. Protect your investments from fingerprints by adding these cotton gloves. Don’t miss out on another great coin from this popular series. Add this Silver Saturn coin to your cart today! Since ancient times Saturn was known to humanity because of its brightness and closeness to Earth. It is the sixth planet from the sun, which has the largest planetary rings in the Solar System. Saturn bears its name in honor of the Roman god of wealth, agriculture and time, who is the equivalent of the Greek god of time, Cronos. Because of the planet’s slow orbit around the sun, it was associated with time, and due to its golden-like glow, it was also associated with wealth. 1,359 Item as described. Item exactly as shown! Rec’d item, looking forward to doing business with again. This item is in the category “Coins & Paper Money\Bullion\Silver\Coins”. The seller is “apmex” and is located in this country: US. This item can be shipped worldwide.