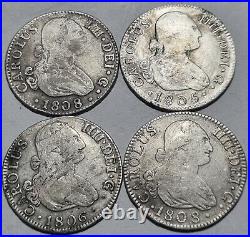 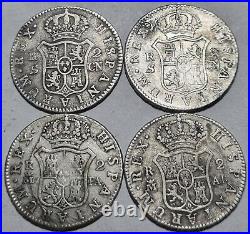 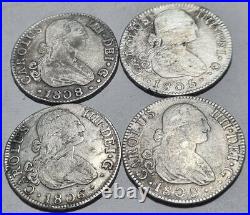 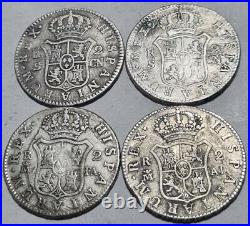 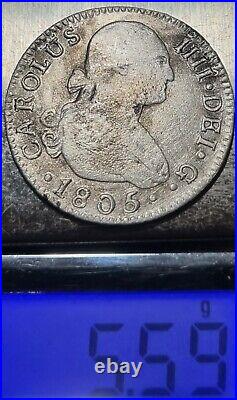 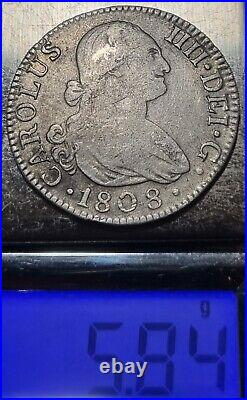 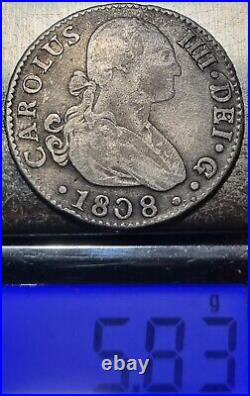 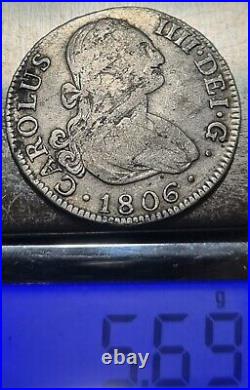 EACH ORDER AUTOMATICALLY INCLUDES A RANDOM MOROCCAN GIFT. 11 November 1748 20 January 1819. Charles IV Spanish: Carlos Antonio Pascual Francisco Javier Juan Nepomuceno José Januario Serafín Diego; was King of Spain from 14 December 1788, until his abdication on 19 March 1808. Charles was the second son of Charles III and his wife, Maria Amalia of Saxony. He was born in Naples (11 November 1748), while his father was King of Naples and Sicily. His elder brother, Don Felipe, was passed over for both thrones, due to his learning disabilities and epilepsy. In Naples and Sicily, Charles was referred to as the Prince of Taranto. He was called El Cazador (meaning “the Hunter”), due to his preference for sport and hunting, rather than dealing with affairs of the state. Charles was considered by many to have been amiable, but simple-minded. LOT OF 4 COLONIAL SILVER COINS 2 REALES 1806 1807 1808 CAROLUS IIII. Mint Place: SEVILLA, SPAIN. Mint Place: MADRID, SPAIN. 1 Random Moroccan GIFT COIN. Our policy expires within 30 days, after this period you wont be able to return the product. (Can accept all kind of credit cards). We usually respond within 24 hours on weekdays. Thank you for shopping at. The item “2 REALES 1805 1806 1808 CAROLUS IIII RARE LOT OF 4 ANTIQUE COLONIAL SILVER COINS” is in sale since Tuesday, July 6, 2021. This item is in the category “Coins & Paper Money\Coins\ World\North & Central America\Mexico\Colonial (up to 1821)”. The seller is “mnscoins” and is located in Fes. This item can be shipped worldwide.